Why IPR is Vital for Atmanirbhar Bharat 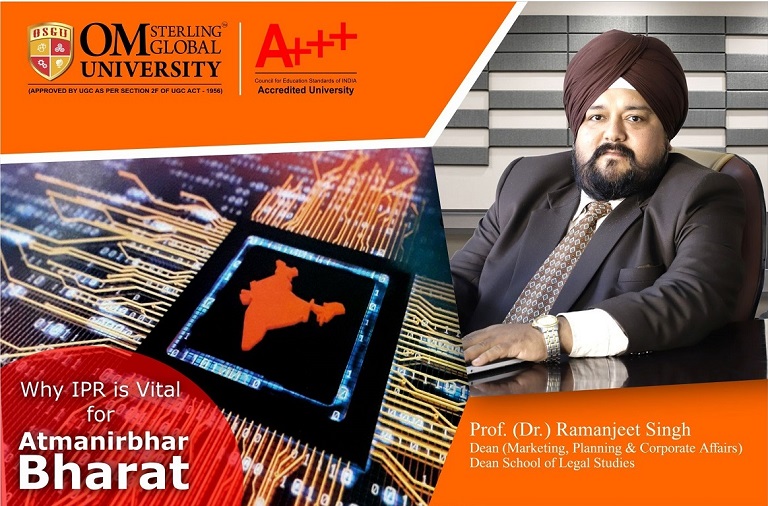 Why IPR is Vital for Atmanirbhar Bharat

A long with self-reliance, as a nation, it is necessary to focus on growth since growth and self-reliance are essential for prosperity of any nation. Growth and self-reliance have a common link and that is focus on creating knowledge and protecting it for competitive advantage. Self-reliance in its true sense comes when we have all the essential resources with us including the technical knowledge and associated intellectual property. Further, Intellectual property has multiplier effect from growth perspective as it provides the organizations a lever to expand the reach of their business with certainty and ease.

What is Atmanirbhar or Self-reliant Bharat?

As quoted by official website of Government of India, Atmanirbhar Bharat Abhiyaan or Self-reliant India campaign is the vision of new India envisaged by the Hon’ble Prime Minister Shri Narendra Modi. On 12 May 2020, the Prime Minister of India raised a clarion call to the nation giving a kick start to the Atmanirbhar Bharat Abhiyaan (Self-reliant India campaign) and announced the Special economic and comprehensive package of INR 20 lakh crores – equivalent to 10% of India’s GDP – to fight COVID-19 pandemic in India.

Will the ability and capacity to manufacture most or all of what we need in India (and perhaps the world) lead to self-reliance? Self-reliance in manufacturing could be based on self-reliance in core parts, components and spares. That itself is formidable task. For example, if a mobile handset maker in India imports over half of the core parts, components and spares that go into the handset, that would mean only part self-reliance for such manufacturer. On the other hand, if the Indian handset manufacturer owned the specifications, component designs, drawings, circuitry, code, firmware, product design and core technologies that are needed for manufacturing mobile handsets, along with the related payments, copyrights, trade secrets (unpatented knowhow), brand names (trademarks and service marks) and industrial designs there would be little or no foreign exchange outflow towards these vital ingredients of the mobile handset. On the other hand, like some famous branded mobile handset providers, the actual assembly of the mobile handset could be done partly within the country and partly outside, to take advantage of lower labor costs. In fact, the improved margins could be ploughed back into development or upgradation of technology and knowhow, thus creating a virtuous cycle of benefits for the Indian manufacturer.

Their is intellectual property protection and exploitation involved across the agriculture value chain. Some of the very critical value chain segment where IP leveraging and protection is visible includes seeds, genetically modified crops, process of seeding, transplanting, harvesting equipment, post harvesting-activities storage, logistics and the branding of the final products. India being an agriculture driven economy to a large extent, has a huge scope to tap this space not only for local advantages but for benefits globally. The value addition to the actual growth and harvesting of plants in the form of processing, branding and market promotion of such brands generates valuable intellectual property rights. Those who own such intellectual property rights and those who control and leverage post-harvest activities are often better rewarded.

Why should India become more self-reliant? Obviously, for strategic and economic reasons. But there is more to it than economics and defence, which of course is of paramount importance. Never before, in the history of humankind, has there been such a serious threat to the planet from human activities or aspirations. Climate change and its potential for global disasters are, perhaps, the outcome of unbridled chasing of economic growth. As some commentators have surmised, perhaps the solution lies in presenting to the world, Indian values and culture that emphasise collaboration and not competition, preservation rather than predatory ambition and contentment rather than open-ended growth plans.

Indian systems of Yoga, Ayurveda and the like are available freely for the world to use. This is quite unlike the inflow of western medicines, medical devices and medical systems all of which are expensive, partly because of the intellectual property rights underlying these. We should give serious thought to this situation and consider how India, Indians and Indian companies can benefit from IPR in modern and globally adaptable versions of ancient Indian insights into human health and well-being.

As world has ushered in a knowledge driven economy age, it reminds us of a beautiful quote from Kautilya (350-283 BC) – “Arth Karicheye Vidya”: Create Wealth from Knowledge”. We need to make this mantra for success towards the journey of self-reliance as the basis of competition among nations would also be more and more based upon creation and assimilation of knowledge.

From ‘Made In India’ movement, we need to very soon make a transition towards ‘Invented in India’ movement and when we make this transition, role of Intellectual property would be immense to position India as global power house of knowledge creation. 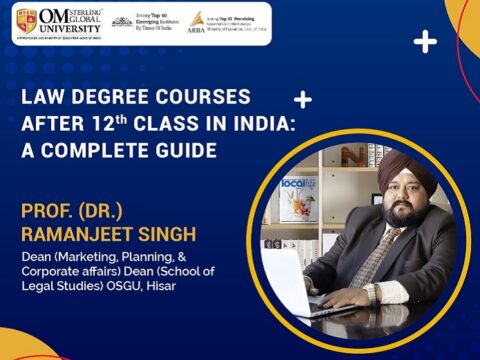 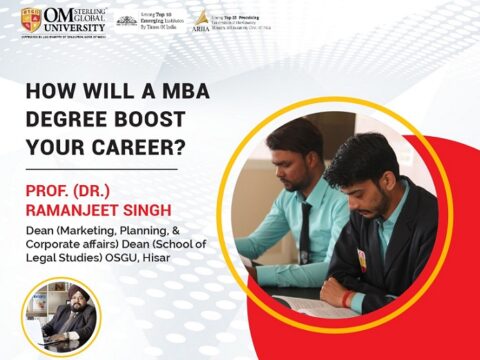 How Will an MBA Degree Boost Your Career?