The tradition to highlight the versatility of the students of different districts of Haryana and to guide them, Inter-school west zonal quiz competition held, in which ten thousand students of about 200 schools of five districts were taken part in the primary phase. In this event, Regalia Fiesta Quiz Program for Semi-Final and Final Round was arranged. There were 75 schools from 5 districts participated in the semi-final round. Two students from each team represented their school. All the students displayed their talent and knowledge vigorously to make it to the 10 teams of the final round. On this occasion, great enthusiasm was seen among the students and their accompanying teachers and parents. The university also took a tour of the various facilities and educational environment of the university to all these participants and guests and also fulfilled various career-related curiosities. For the encouragement of the participants, the university also awarded with marvellous prizes to the leading students. In the competition, the team of Jawahar Navodaya Vidyalaya, Khara Kheri, Fatehabad bagged the first position while the team of Jat Senior Secondary School, Jind stood second and The E5 School, Garhi, Hansi stood third. Laptops were given to the first two winners, cycles to the second and smart watches to the third winners. Along with this, certificates were also given to all the other participants and mementos were also given to the principals of the schools. Dr. Ashok Garg, IAS, Commissioner Municipal Corporation, Hisar was the chief guest and Dr. Avneesh Verma, Registrar, Guru Jambheshwar University, Hisar were the guest of honour in the program. He emphasized on moral education among the students and their accountability towards the society. He was overwhelmed by this competition organized by the university and also extended his best wishes. Dr. Puneet Goyal, honourable Chancellor of the University, while welcoming the guests wholeheartedly on the occasion, said in his address that not only from all over the country but students from other countries are also studying in the university. He motivated the students for timely education and wished them a bright future. On this event, the Vice-Chancellor of the University, Dr. Ajay Poddar, along with the Dean, Incharge and all the staffs of all the schools were present. As the quiz master of the program, Dr. Vikas Bhargaw and Convener Dr. Anil Yogi and Advocate Neeraj Taneja played an integral role in making the program tremendously successful. 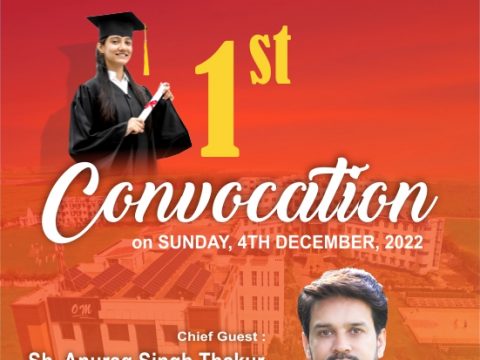 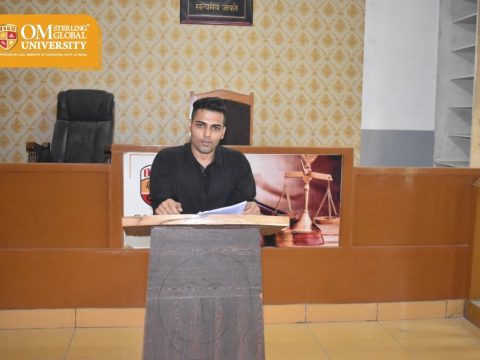